The Haunted Bakery of Seven Pines:
​Storybook for children 5-12 about friendship, bullying, and acceptance 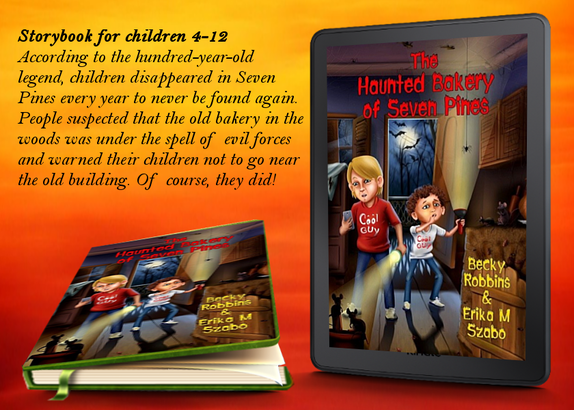 Becky had the rough outline of a story of two boys who went into the bakery at night, on a dare. When Becky showed me the rough manuscript, I accepted the challenge of making the sketchy ideas into a great story together with Becky.

​According to the hundred-year-old legend, children disappeared in Seven Pines every year to never be found again. People suspected that the old bakery in the woods was under the spell of evil forces and warned their children not to go near the old building.
Best friends Albert and Timmy were mean bullies and nobody liked them. One day a group of children that were fed up with the daily torture of name calling and pushing and shoving, dared them to go into the old building at night to see if it's really haunted. Albert accepted the dare and although Timmy had his doubts, he went along with his best friend.
What will they find in the old bakery?
Is the legend true and they will disappear forever as many children did who had entered the building?
EBOOK
https://www.amazon.com/dp/B07DWGYXHG/ 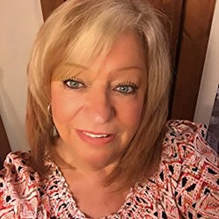 Becky Robbins
Becky lives in Newkent Virginia with her fiancée Keith and her son Chad. She loves children and animals at the age of 54 she decided to start writing children’s books. "You are never too old to follow your dreams." 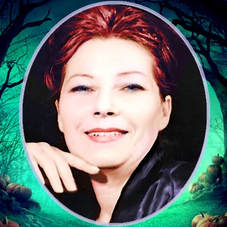 Erika M Szabo
Erika lives in New York and when her daughter moved out of the family nest, she started writing magical realism, fantasy novels as well as fun, educational and bilingual books for children 2-14 about acceptance, friendship, family, and moral values such as accepting people with disabilities, dealing with bullies, and not judging others before getting to know them.

​The Haunted Bakery is a part of Becky's childhood, she lived in the small town of Seven Pines Virginia where The Battle of Seven Pines was fought. Deep in the woods stood an old building built of stone and brick and in the basement, there were old brick ovens. People assumed it was an old bakery during the Civil War. Children dared each other to go into the building at night and scared each other with the legend that was told in every generation.
Becky had the rough outline of a story of two boys who went into the bakery at night, on a dare. When Becky showed the rough manuscript to Erika, she accepted the challenge of making the sketchy ideas into a great story together with Becky.

For teachers and parents, a literary enrichment kit is available for this book, created by Lorraine Carey, author and Literacy Specialist.

The kit includes:
List of comprehension questions from the story (story comprehension)
Character analysis for Timmy, Albert or Donny (compare and contrast)
Vocabulary word study and concept words (vocabulary)
Write a letter to the witch (letter writing)
Do some research on Virginia and Seven Pines area (Geography target)
Make a poster to announce the opening of the new bakery (art)
Students write a script for reader’s theatre (active participation)

Heed this, if you heed nothing else. Never, enter the bakery in the woods. Those who do, are never seen again.
But that is just a silly story to frighten little children... isn't it?
Albert and Timmy do not have many friends because they choose to terrorise their classmates by tripping them up and calling them rude names. But when one of their classmates dares them to enter the bakery, they have to take up the challenge. They don’t want anyone to call them cowards. But as soon as they enter that bakery, they realise that they have made a terrible mistake.
The Haunted Bakery of Seven Pines by Becky Robbins and Erika M Szabo, deals with the difficult issue of bullying. Not only do they approach things from the victim's point of view, but they also delve into the emotions of the bullies and discover why they do what they do.
I read the story to my two boys, and their interest was held throughout, which is always a good sign! My youngest son particularly enjoyed the pictures that were included in the story. As he is a visual learner, these images helped him to see the world that these two talented authors have created.
There is a moral lesson in this story, which I thought was done with integrity and compassion. A Great Read for younger children. It has the thumbs up from my boys!!

Albert, the school bully, talked his friend Timmy into being just like him. They were the "cool" boys...always calling other classmates names, and puffing out their chests. That was until one day one of the other students challenged Albert and Timmy to prove they weren't just the words they slung at others. This challenge led them into more trouble than they were already in...an abandoned bakery, an evil witch, and boys who were scared spit-less fill the first half of this epic children's novel. This is a classic tale of the good kids against the bullies, important life lessons are learned in an unconventional way through an unlikely ally. The Haunted Bakery of Seven Pines is a lovely story for elementary and middle schoolers.

This book melds history and fiction while also weaving a moral into the story. Hauntings from Becky Robbins’s childhood are resurrected, and incorporated into a children’s book that is based on an actual “haunted” bakery in Virginia, but is a vessel to intrigue and instruct readers. Anti-bullying literature must grab the reader’s attention early on, and the Haunted Bakery certainly delivers. The book has a lesson to teach but is also light hearted and fun...and scary!! Love this little book filled with history and histrionics and a lesson to be learned.

This book was a fun read and had a wonderful lesson for 5-12 year-olds
June 25, 2018
By Christina Weigand

This book was a fun read and had a wonderful lesson for 5-12 year-olds. When the school bullies are challenged to visit a haunted house they are surprised at what they find. They will learn a valuable lesson about bullies.
Five to twelve year-olds will learn valuable lessons about bullying. This can be a good tool for teachers and parents to be used in teaching children about bullying without being preachy or having it look like they are being taught a lesson.
Children will enjoy this fun tale of mystery and intrigue as the bullies take up the challenge and learn a lesson. 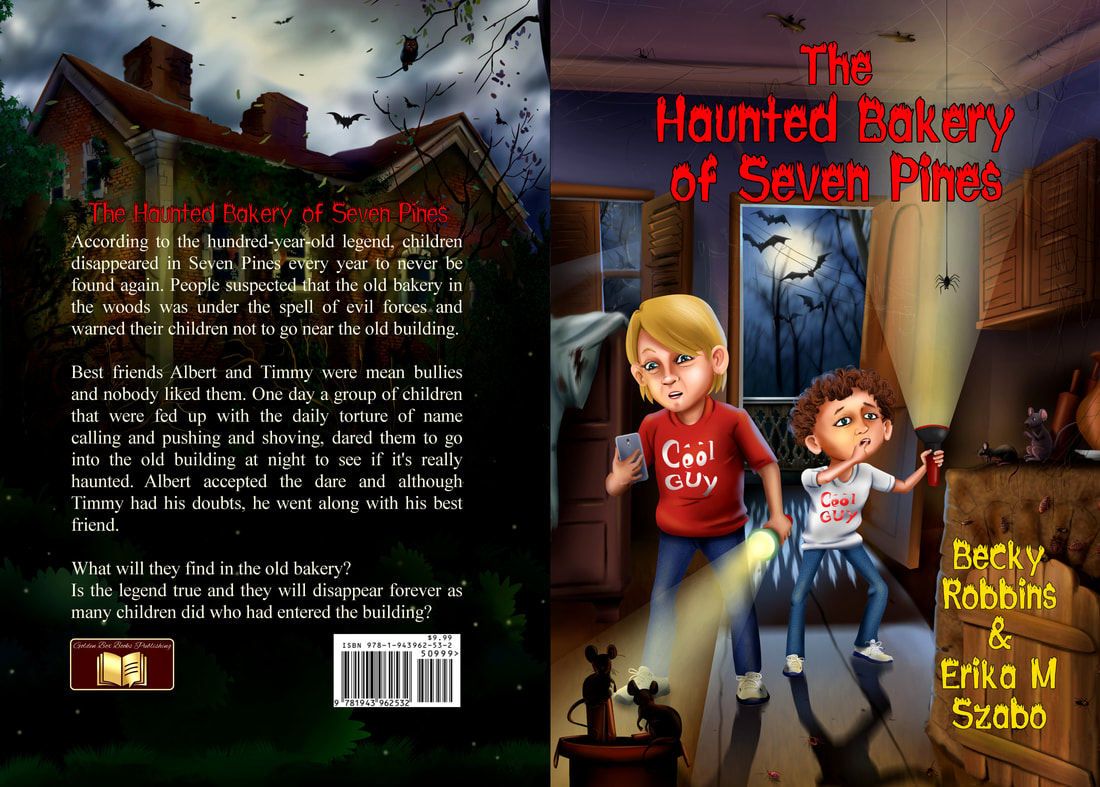